Have you heard what the NDP are saying about the BC Liberal Leadership race?

Anyone watching this leadership contest sees right away that Val Litwin and Kevin Falcon are the two most powerful communicators and engagers in the race.

And here’s what else they see and know:

Kevin, just like Michael Lee, Ellis Ross, and other candidates, have targets all over their backs and NDP dossiers a mile long – on all of them. If one of them becomes leader, the NDP’s powerful attack machine will roll over them, starting February 6.

The NDP war room knows that Kevin Falcon will put up one heck of a fight in a general election campaign, yet they also know assuredly they will beat him. Just imagine what the NDP will do to Ellis Ross or Michael Lee?

Val has no such targets aimed at him. There is no NDP dossier on him, at least not one with negatives or weakness showing.

He was one of only 9 people in BC hand-picked by the Premier to sit on the BC Economic Recovery Task Force after the pandemic started – mostly out of respect for Val and his powerful advocacy for small business across the province and in the media – but also clearly out of fear of him and his megaphone.

When Val Litwin becomes leader of the BC Liberal Party on February 5th, it will take the NDP months to figure out how they want to attempt to handle him. By that time, he will be well into building out a winning coalition for the next election by plucking support from across the electorate. He is the NDP’s major puzzle in this race, as they try unsuccessfully to piece together a strategy to take him on.

Thanks in large part to Val’s proven leadership experience, data-gathering, and negotiating skills as CEO of the BC Chamber of Commerce, both Ottawa and Victoria agreed to co-fund a rescue package for BC’s small businesses during the first months of the pandemic. This helped save hundreds of smaller companies and thousands of jobs from simply disappearing in the face of unprecedented challenges to our economy and our lives.

We know from multiple second-hand reports that John Horgan, several of his potential successors, the Premier’s Office, and NDP caucus are now increasingly concerned that Val Litwin is about to become the next Leader of the BC Liberal Party. We’ve been told that they’ve even done polling that backs up this fear. And isn’t that exactly what we want and need as we open-up our party and truly renew, so we can win in 2024?

Yes, that’s exactly what we want and need, and I know that YOU WANT TO WIN too.

If you are ready to build a party that can win again, I ask that you put Val Litwin as your #1 or #2 vote on the ranked ballot. Are you voting for Val? Please let his team know. 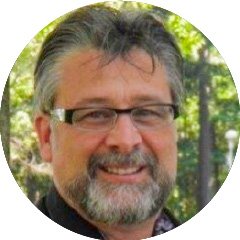 We’re building something special. Stay in the loop.
Subscribe for regular updates.

Don’t worry, excessive political emails aren’t our thing either. We won’t share your info with 3rd parties and you can unsubscribe at any time.

© 2021-2022 Val Litwin Campaign. Authorized by Vilja Jaako, Financial Agent for the Val Litwin Leadership Campaign, [email protected] This site is protected by reCAPTCHA and the Google Privacy Policy and Terms of Service apply.