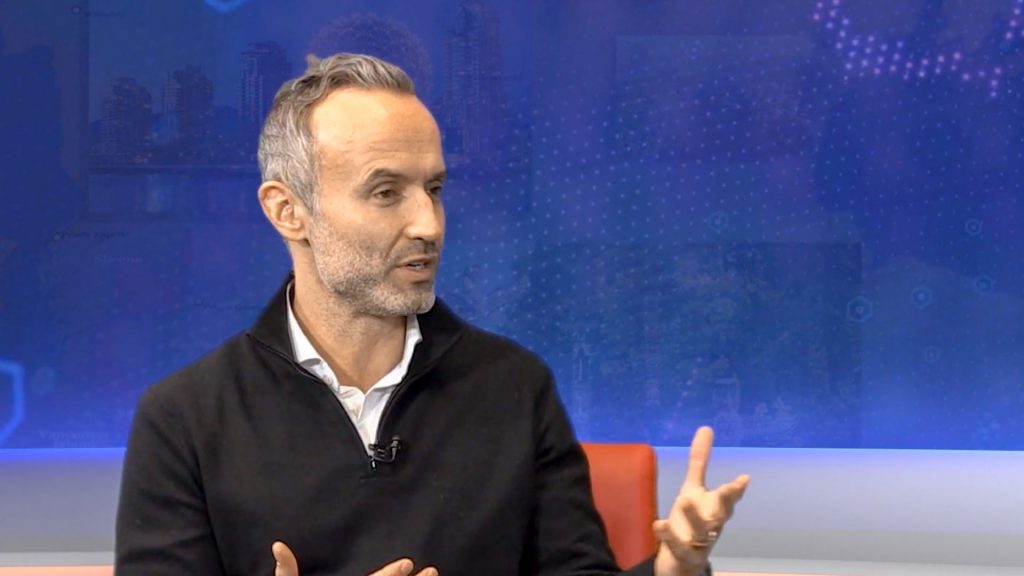 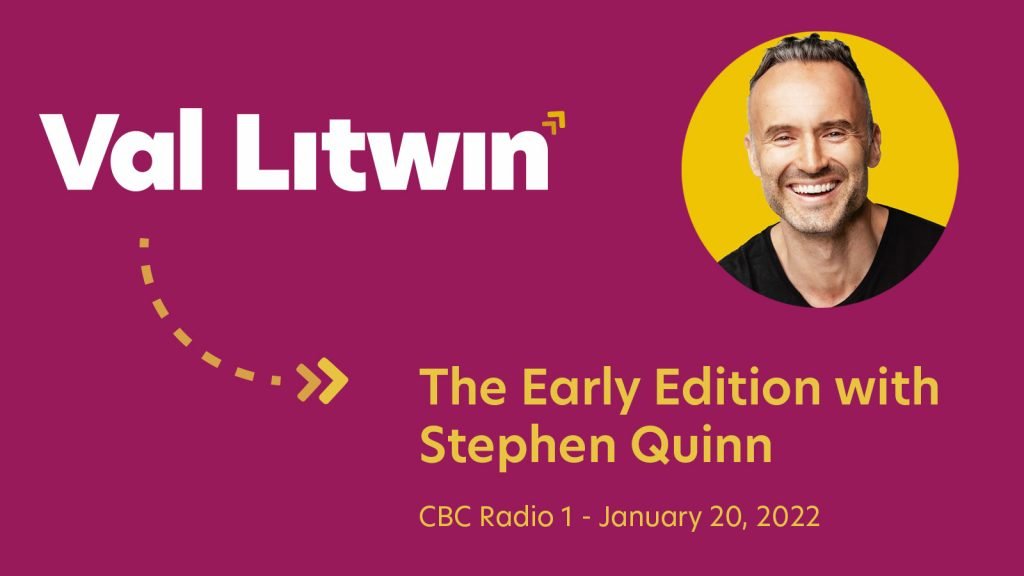 Val Litwin had a conversation with Stephen Quinn on CBC Radio’s The Early Edition on January 20. Listen to the recording below.

Have you heard what the NDP are saying about the BC Liberal Leadership race? 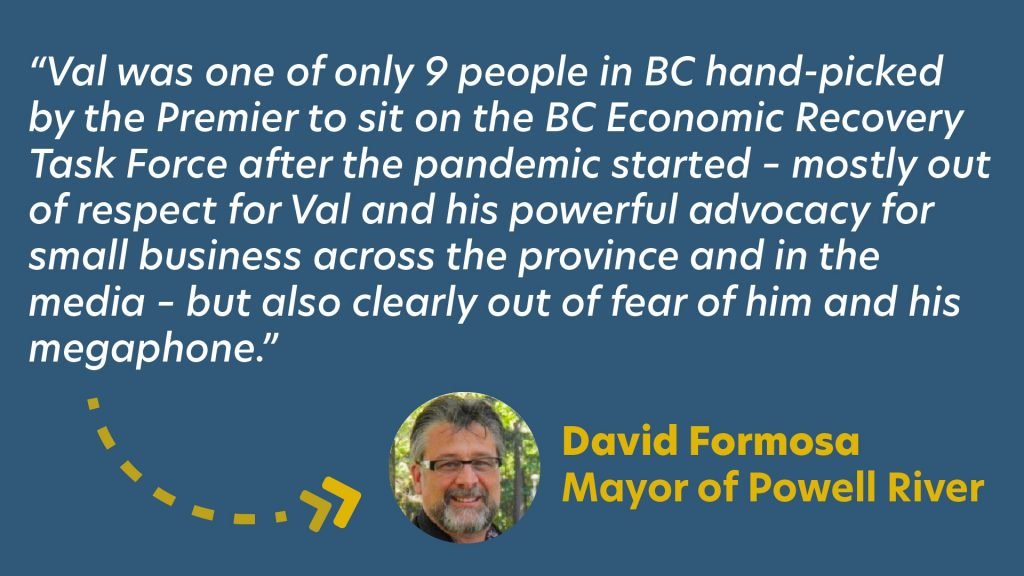 Friends, Anyone watching this leadership contest sees right away that Val Litwin and Kevin Falcon are the two most powerful communicators and engagers in the race. And here’s what else they see and know: Kevin, just like Michael Lee, Ellis Ross, and other candidates, have targets all over their backs and NDP dossiers a mile […] 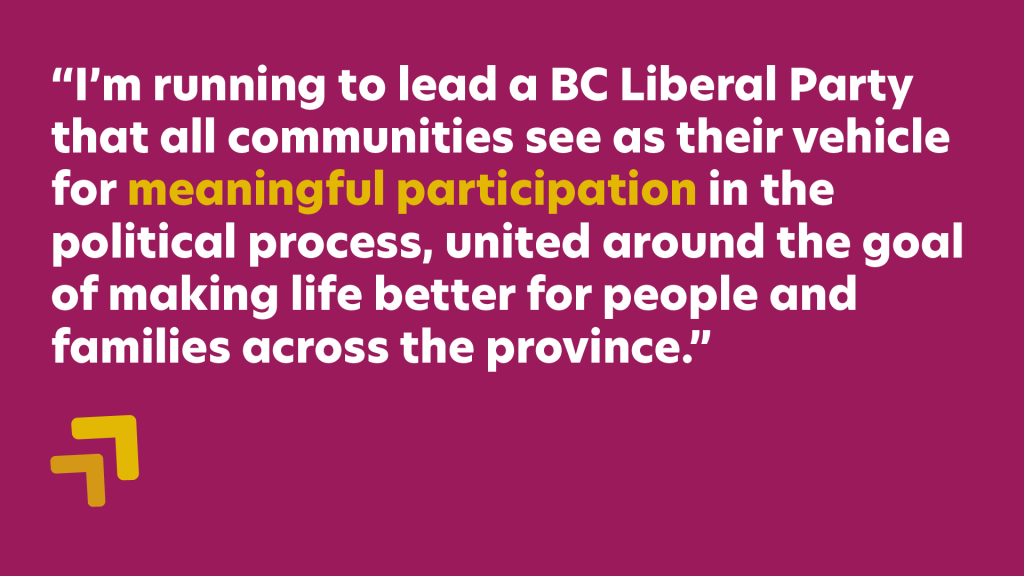 I’m running to lead a BC Liberal Party that all communities see as their vehicle for meaningful participation in the political process, united around the goal of making life better for people and families across the province.

“If we don’t think about succession planning now, there won’t be a BC Liberal Party tomorrow.” 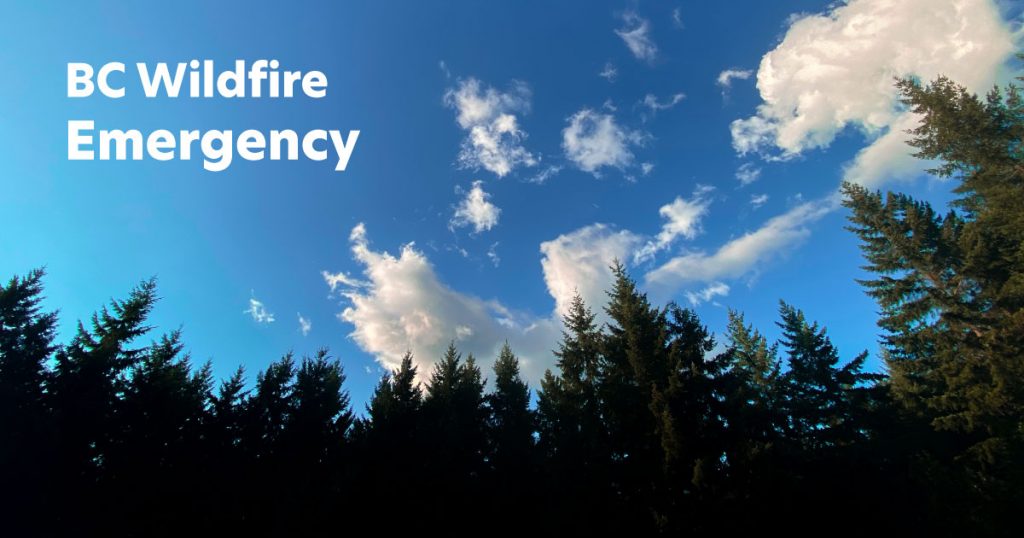 BC has been in a state of emergency for weeks.

Today the BCNDP government has finally made it official. 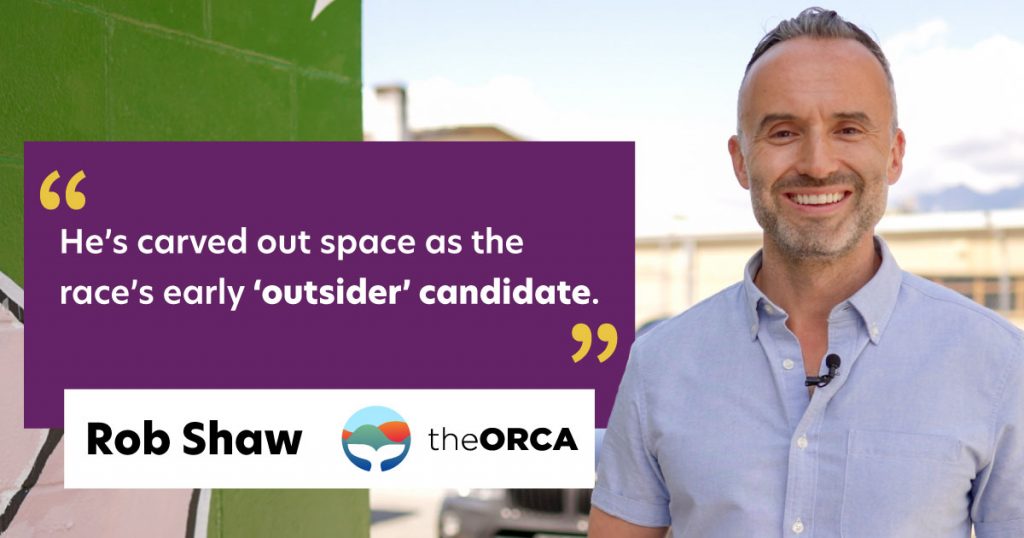 Rob Shaw: Former BC Chamber of Commerce CEO Val Litwin has officially entered the BC Liberal leadership race – and created a fascinating dynamic.

With a splashy introduction to the public, former President and CEO of the BC Chamber of Commerce Val Litwin enters the BC Liberal leadership race as a polished force of exuberant energy, which should worry his competitors.

Latest B.C. Liberal leadership candidate is counting on under-40 vote to win

Val Litwin, who launched his first social enterprise more than 20 years ago, believes the key to winning the party leadership and the next election is attracting voters under age 40

Val Litwin Enters the B.C. Liberal Race as a Catalyst of Change

The B.C. Liberal Party has proven it can hardwire a hot economy as it leads on the environment

Any political brand that fails to place people at the heart of what they do is no longer electable. Yet administrations that don’t understand how economies flourish, aren’t built to last.